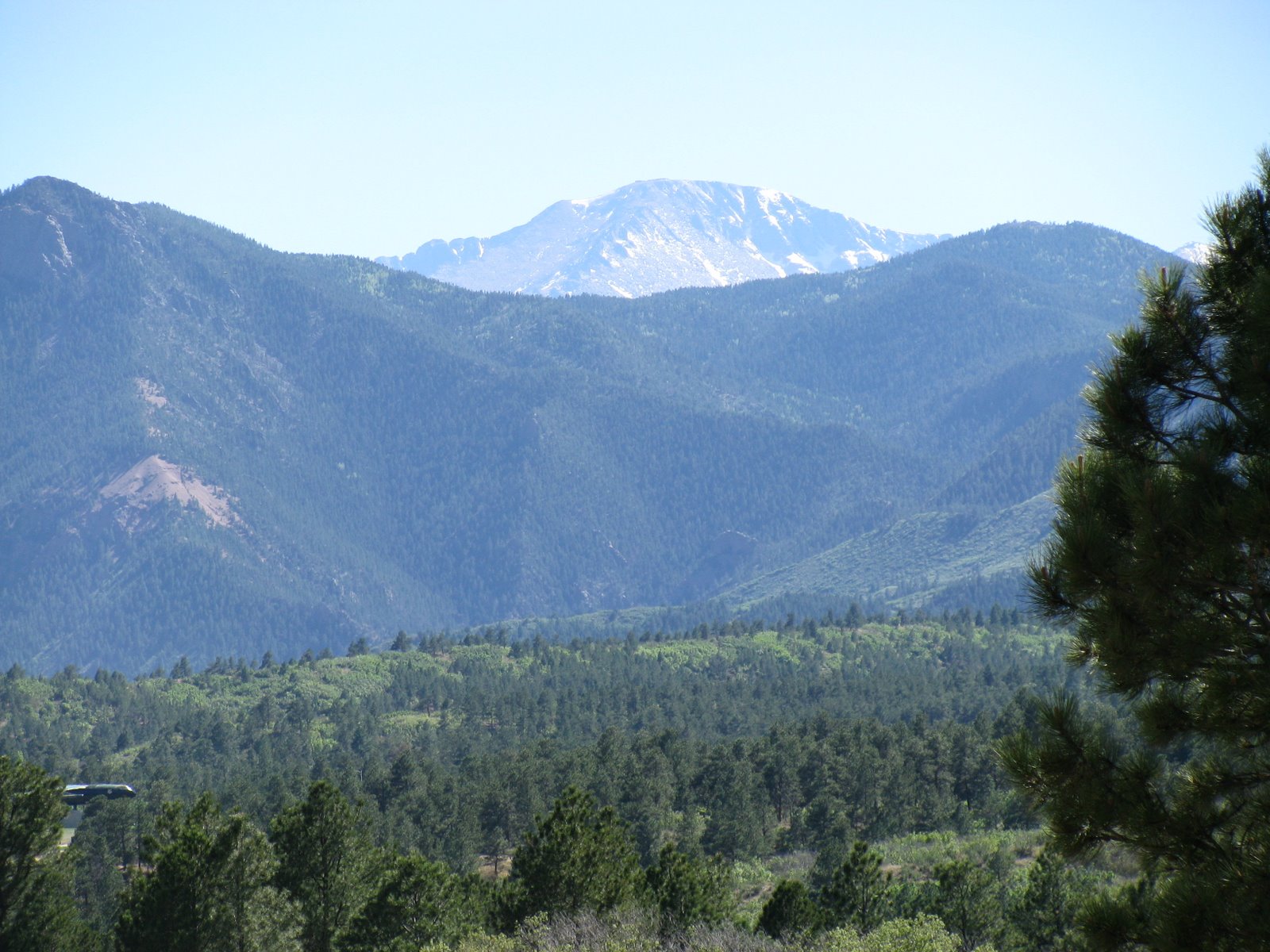 Colorado Springs is the second largest city in Colorado and the hub of entire Southeastern portion of the state.  It is about an hour's drive south of Denver, and about a half hour more to the Denver airport.  It is situated on the "front range," and grew to become the de facto capital of southern Colorado because of its location directly beneath Pike's Peek and along Fountain Creek, which undoubtedly was a lot more important to early settlers than it is now. 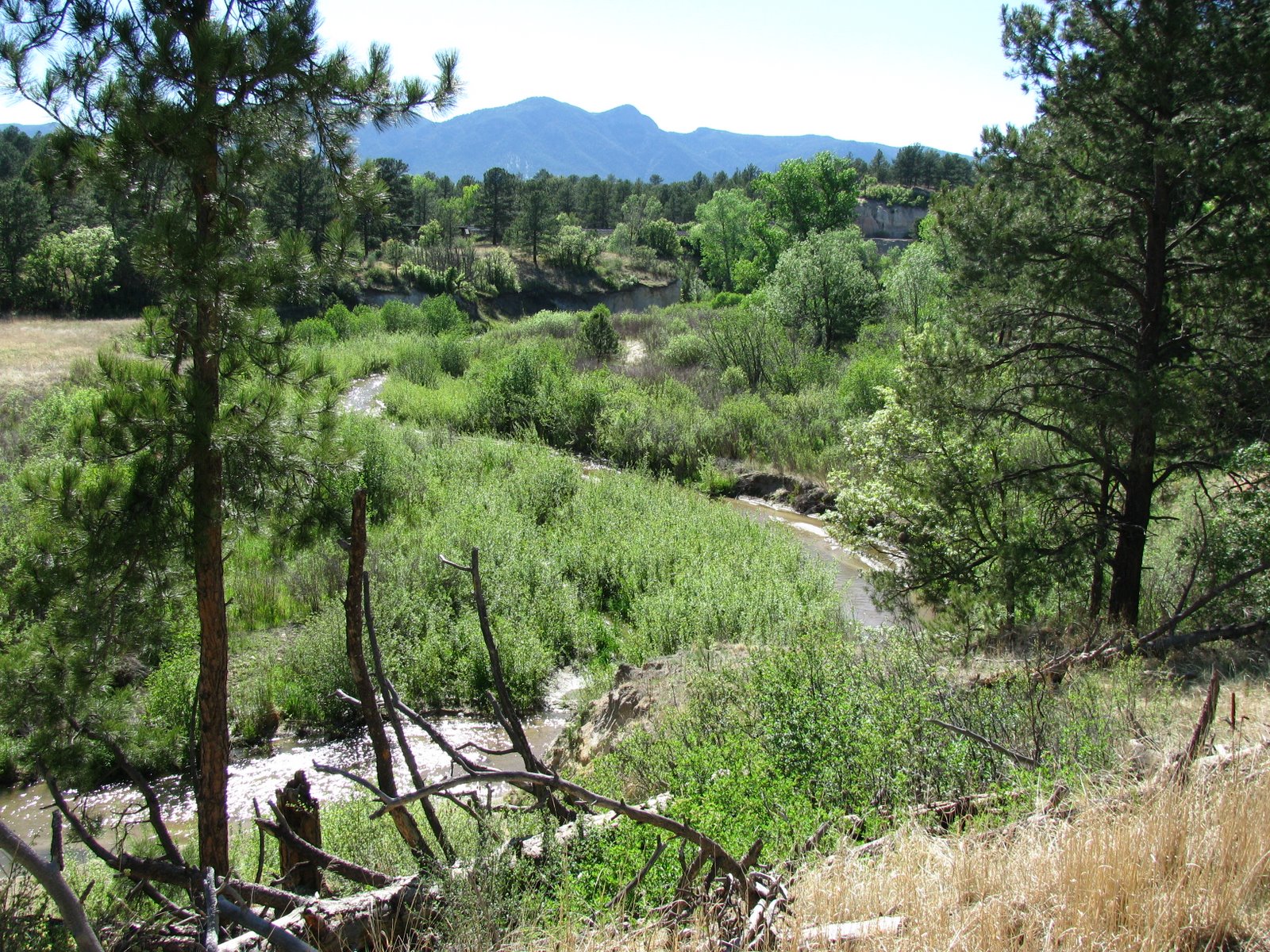 There are roughly half a million people in the general vicinity of Colorado Springs, and it the 41st largest city in the entire country - which obviously means that it is larger than any city at all in quite a few States.  It has spread out over time, but the principal direction has been to the north, in the direction of Denver.  Development to the East continues, but there is little out there but scrub land, and large parcels have been held up until recent times, stifling development in that direction.  There have been a couple of smaller towns directly to the west, such as Manitou Springs and Old Colorado City, but they either have been outright annexed or survive basically in name only.

Colorado Springs has good bus service, both locally and to the rest of the country via Denver.  The Colorado Springs Airport is small but efficient. and is very conveniently located.  Unfortunately, the prices for flights there are usually much higher than out of Denver, so people who fly regularly usually wind up making the pilgrimage north up I-25.


The defining characteristic of Colorado Springs is that it has several major military installations.  The most famous is the Air Force Academy ("AFA"), located to the north of the city, and the most notorious is Cheyenne Mountain, home until recently to the North American Aerospace Defense Command (NORAD).  That has since supposedly moved to Peterson Air Force Base, the third major military installation which is located just east of town.  Most of the everyday grunts you see walking around, though, will probably be visiting from Fort Carson, the fourth and largest of the area's bases, which is located to the south.  If the Canadians or Mexicans ever invade, this will be a good place to be, because it may well be the best-defended city in the Americas.

Every May, the AFA has its graduation.  You cannot miss it, because there is a jet flyover that thunders across every five minutes.  It is great theater, and worth a visit at that time of year (when the weather finally has become nice again) just to sit back on someone's porch and watch the various maneuvers.
All this military presence is wonderful for the local economy.  The 2008-2009 Recession basically passed the city by, with home prices remaining remarkably steady, though unemployment did increase.  There is a corresponding conservative mindset here that is inescapable.  If you are of that mindset, you may well feel as if you stepped back in time to those wondrous days when children called their fathers "sir" and meant it when they pledged allegiance to the flag.  Alas and alack, you would be mistaken, because kids here tend to be as screwed up as anywhere else, but it is a Republican town, make no mistake about that.

The AFA, incidentally, makes the news regularly for one wicked behavior or another (alleged) by its cadets.  It's amazing how many parties they apparently have over there, with one female cadet or another coerced one way or another into getting familiar with fellow cadets (alleged).  It's a regular beehive of activity up there.  Incidentally, the main north/south drag in the Springs is "Academy Boulevard."  If you get lost and need to find your way to the AFA, just find Academy Boulevard and head north.  It runs right into it.

As is typical with backwaters, there are oddballs here who stick out like sore thumbs.  Hippies driving the long-gone VW Vans (there's actually a club for them here) still can be seen, and if you go down to Manitou Springs you will see a lot of them.  Manitou Springs is the "progressive" area, if you will, kind of the Greenwich Village or Venice Beach of Colorado.


The national Olympic center also is located here.  In my ten years here, though, the only time I've ever heard anything about that was when its lease was up a few years back and they worked a sweetheart deal from the city to induce them to stay.  Was in the local paper for a good week or two.  Good for local prestige to have it here, I suppose, but an absolute non-factor in everyday life.

Aside from the airports, there are basically two ways out of town.  You either take I-25 north to Denver or South to Pueblo and then New Mexico,  or you head up into the mountains through "the pass."  Below is the road through "the pass."


It isn't really all that exciting, though locals will try to impress you with how wonderful their pickup is because they went "fully loaded" through the pass.  When they say that to me, I'm usually not sure if they mean their truck was loaded or....