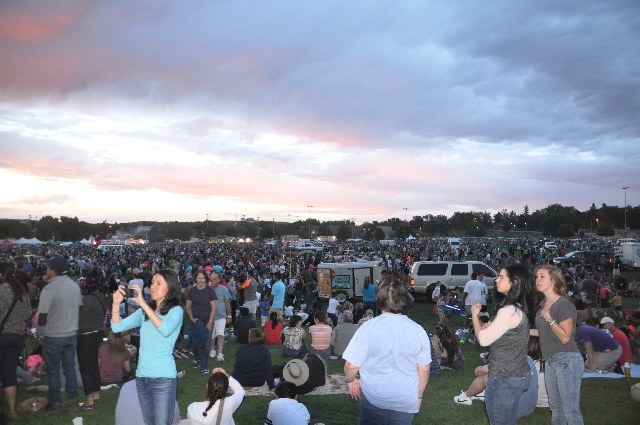 Colorado Springs holds a balloon festival every Labor Day holiday weekend. This year, the name apparently was the Colorado Springs Balloon Liftoff (previously it had been the "Classic"). The name and organizers changed in 2015, but basically it was the same event done with a few minor differences. 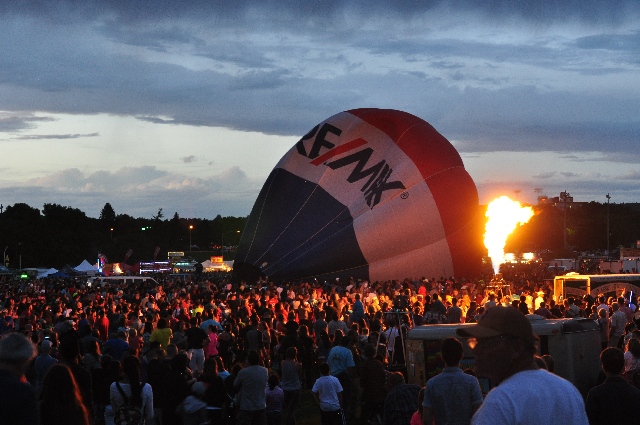 These shots were taken on the evening of 6 September 2015, which was the last night it was performed. The weather was ideal, but unfortunately there were storms on the far side of the mountain range that caused the organizers to limit the number of balloons to a handful. However, that just made the ones that were inflated stand out better, so, all in all, it was hardly a detriment, and even in some ways an advantage. 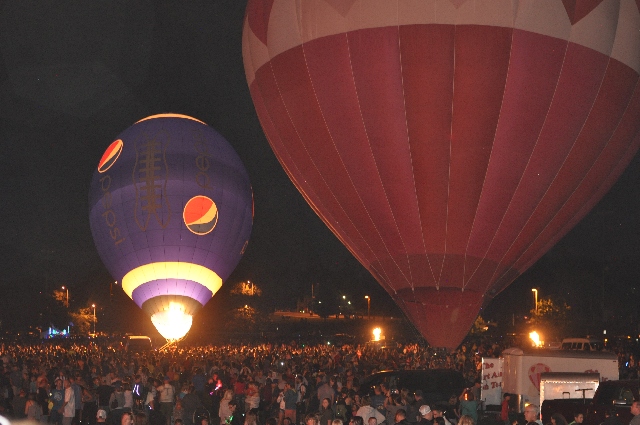 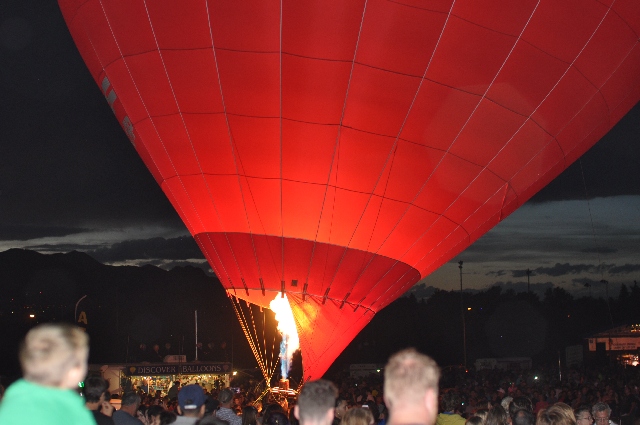 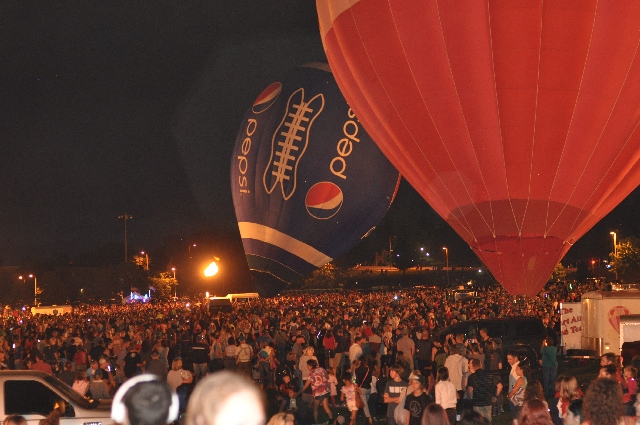 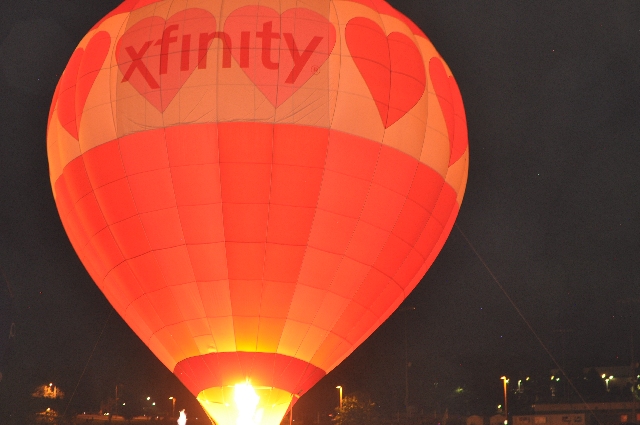 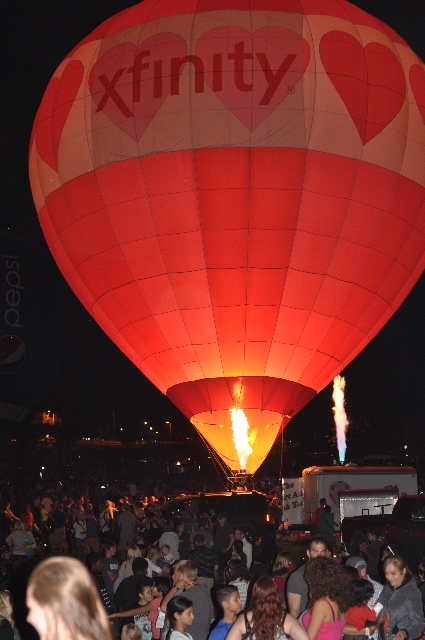 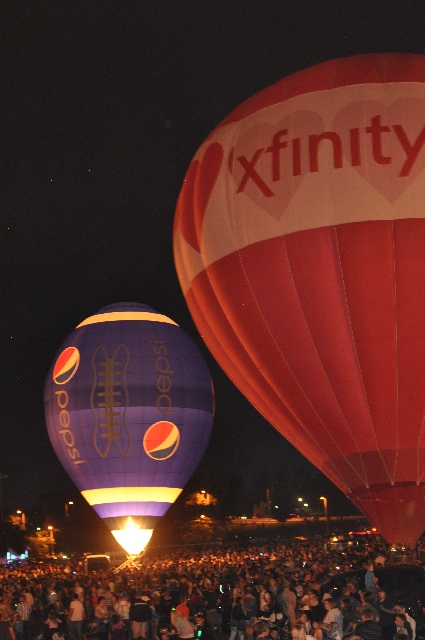 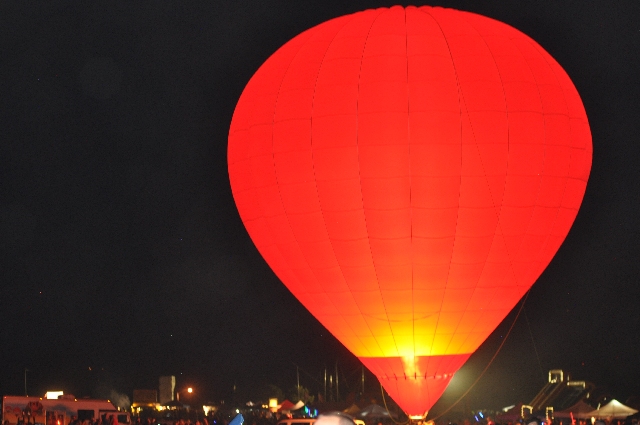 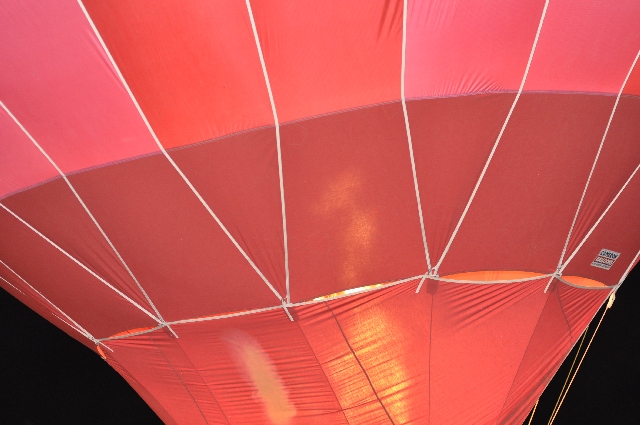 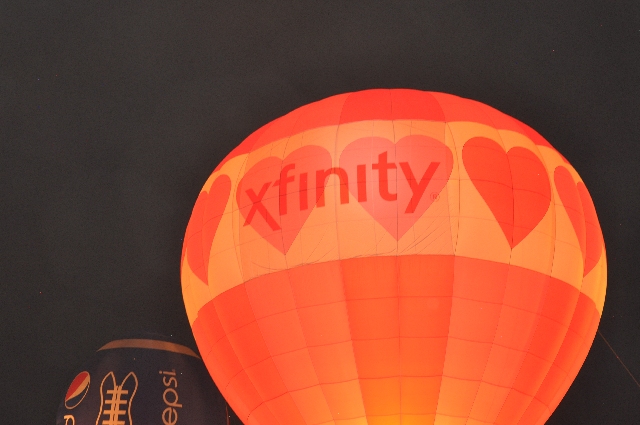 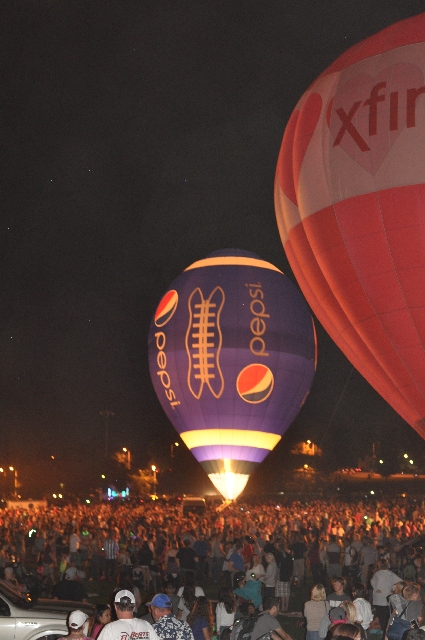 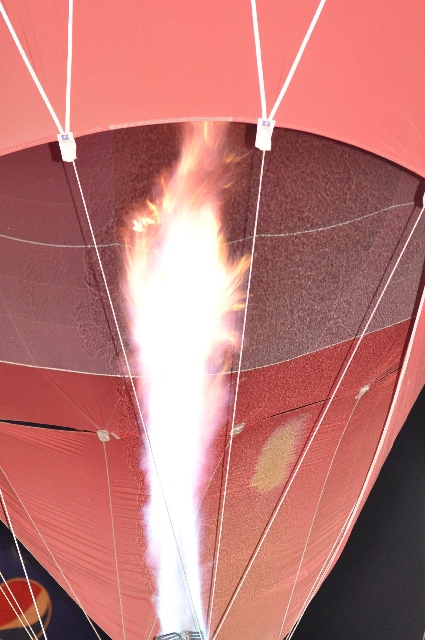 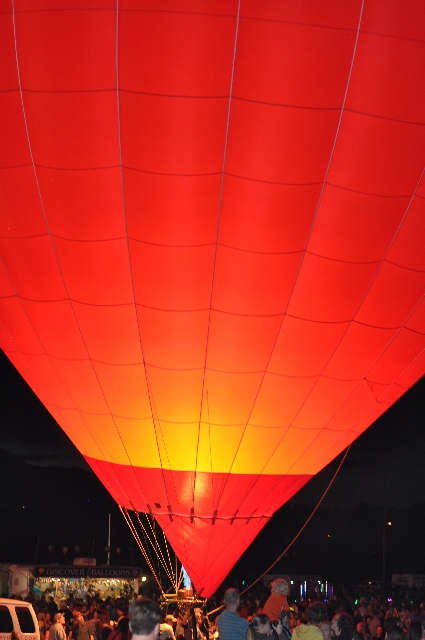 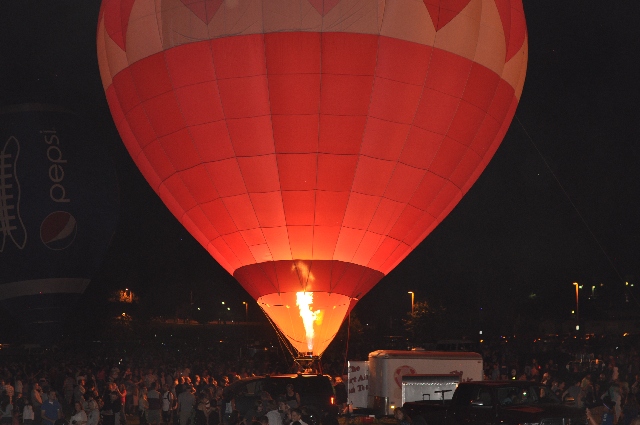 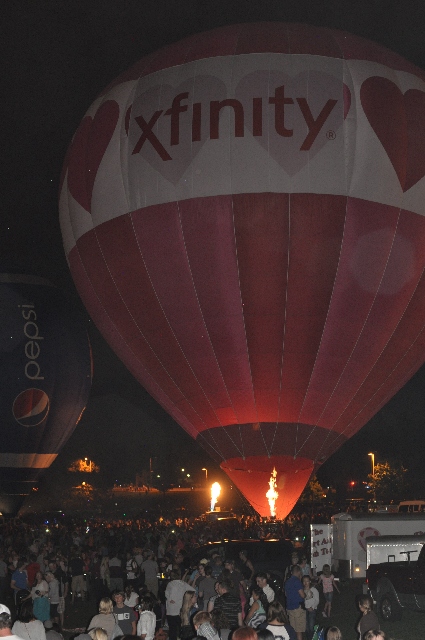